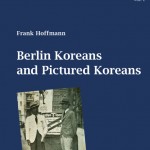 [= Koreans and Central Europeans: Informal Contacts up to 1950, ed by Andreas Schirmer; 1]

In its first, almost book-length chapter, Berlin Koreans and Pictured Koreans provides a detailed account of Korean students, revolutionaries, and professionals in Berlin (of the Wilhelmine, Weimar, and National Socialist eras). Carefully researched and lavishly illustrated, the study provocatively exposes cultural and political connections that are often unexpected and disquieting. Two shorter essays analyze an artwork and mass-produced advertisement art to assess Germany’s take on Korea and the East and what that means for the country’s own search for identity and its stance on colonialism. The book challenges and extends established historical and art historical models regarding colonial modernity, the relationship between politics and modernism in art and dance, and the privileged status Nazism bestowed on international specialists. It makes exhaustive use of European, American, Korean, and Japanese primary and secondary materials and archival sources..

“Frank Hoffmann’s brilliant work is a revelation. It provides a Korean corollary to the enormous Japanese interest in German history, politics and ideas, and highlights internal differences among these exiles that proved to be a microcosm of postwar North-South conflicts. Scrupulously researched, this inquiry illuminates the deep influence of urban modernism on a presumably colonized elite. Readers will be fascinated by the unique lives revealed here, in such loving detail and with consummate skill. Sometimes a close, knowing study of a few individuals can uncover an entire world that we had not imagined before.” — Bruce Cumings (University of Chicago)

“Engagingly written and exhaustively researched, Frank Hoffmann’s book comprehensively discloses the rich and nuanced relationship between the city of Berlin (as capital successively of Wilhelmine, Weimar, and National Socialist Germany) and a gallery of Korean intellectuals and cultural figures who played leading roles in forging a modern Korean identity and who made signal contributions to National Socialist culture and science. Hoffmann brings this story of Korean expatriates in Berlin to life in vivid prose and vigorous scholarship. The resulting Korean–German–Japanese tapestry, comprised equally of strands of political, social, and cultural history, incorporates a vast number of previously unpublished sources in German, Korean, and Japanese. Lavishly illustrated with photographs, documents, and letters, Hoffmann’s work reveals a world that is as fascinating as it is new.” — Gregory Maertz (St. John’s University)

“Berlin Koreans is an exciting portrayal of the activities of Korean intellectuals and artists living in Berlin during the first half of the 20th century. It is bound to make an important contribution to the field of Korean colonial studies that will generate new discussion.” — Lee Kyungboon (Seoul National University)

“Hoffmann takes the reader on a whirlwind tour of the lives of diaspora Koreans, European corporations dealing in Orientalia, and European artists as they navigated the tumultuous early twentieth century in Asia and in Europe. The masterful accounts of contacts and connections documented in this book, produced by Hoffmann’s meticulous research and accompanied by rare archival images, are deeply engaging and enrich our understanding of early 20th century politics, religion, economy, art, and society.” — Dafna Zur (Stanford University)

“Frank Hoffmann is ideally placed and qualified to write this book. With his encyclopedic command of Korean Studies bibliography and critical command of social theory and art history, his voracious appetite for and tenacious pursuit of out-of-the-way yet revealing primary sources, and his provocative juxtaposition of ‘Koreans in Berlin’ with Koreans in colonial Korea, Hoffmann forces us to question the very viability of the notion of ‘colonial modernity’ in Korea. Hoffmann’s portraits of the ‘Berlin Koreans’ are sometimes chilling, and always fascinating, while his readings of the 1904 Liebig Trading Cards as collectible spectacle and of the ‘choreography’ of Emil Nolde’s ‘Missionary’ as primordialist German expressionism raise important questions about 20th-century Germany’s relationship to both colonialism and Korea.” — Ross King (University of British Columbia)